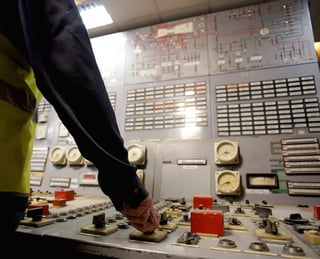 The fourth generation of SCADA Architectures, the Internet of Things, has been spoken about as a way to make manufacturing "smarter". Indeed, oil and gas, power, food, manufacturing, communications and waste management are just a few of the facets of modern life that have SCADA systems at their heart.

Supervisory control and data acquisition (SCADA) is a category of industrial control system software where data is gathered and analyzed in real-time and used to remotely control and monitor equipment through a network. In an industrial setting, such as a factory, these systems automate and enhance the performance of equipment. For example, a SCADA controlled conveyor system would use sensors to detect faults and potential damage to the belt and to reduce power consumption.

The Four Generations of SCADA Architectures

First Developed in the 1950s, SCADA has evolved from its use in telephone relay systems and minicomputers. With common, tedious tasks, being increasingly automated rather than performed by humans, it has become ubiquitous. The generations of SCADA Architectures are as followed:

First Generation - Monolithic - The original SCADA system was created during a time where networks did not exist. These first systems were not designed to connect to other systems. Wide Area Networks (WANs) communicated with remote terminal units (RTUs). Redundancy was achieved by the connection of a back-up mainframe to all the RTUs.

Second Generation - Distributed - The second generation of SCADA was able to take advantage of LAN and were smaller and cheaper than its predecessor. In almost real-time, information was shared across stations that each had their own tasks. Distribution increased the processing power and redundancy of the system.

Third Generation - Networked - Communication over WANs and utilizing PLCs for monitoring, this generation is much like the 2nd generation. However, it is able to connect to the internet and third-party peripherals.

Fourth Generation - Internet of Things (IoT) - Combining SCADA with the cloud, IoT provides SCADA systems with an alternative to PLCs and the use of data modeling and complex algorithms.

Apart of nearly every industry, SCADA is one of the vital technologies for automation. Human errors are reduced and virtually eliminated. With the coming fourth generation, the capacity to share massive amounts of data with wireless technology is bringing new possibilities of cost reduction and reliability to industries.