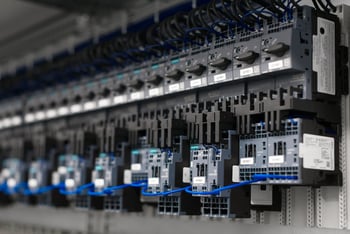 If you require maintenance and setting up of devices, then Mader will offer the components, as well as assistance, to get rid of any problems. They will also help you to keep your facilities functioning at peak efficiency. Industrial control panel contactors are an essential part of any facility. The following compares ABB vs. Schneider Electric industrial control panel contactors to help you decide between the two.

ABB: Constant tracking of voltage and even current makes certain there will be distinct performance of the contactor by the electrical coil. Internal surge suppression is common in all varieties of ABB contactors.

Schneider: A lack of an electrical coil results in the contactor being at the mercy of sags and even decreases in the network as well as load, which can all have an impact on the contactor's performance. Zero in-built surge suppression for any portion of all their varieties of contactors.

ABB: AF technological know-how cuts down on required electrical power for closing and even holding the contactor, both for AC and even DC performance. Minimal probable chattering, humming, welding, and even burnt coils resulting from electrical coil.